The Story of John J Audubon

There are no reviews yet. Be the first one to write one.

“He stared into the fire, wondering why on earth he had such a poor memory for places and faces, for almost everything except birds.” A French orphan named Fougère is fortunate enough to be welcomed into a loving home with a doting mother, sweet sister, and proud father during the French Revolution. Throughout his childhood he is drawn again and again to the study of birds. While confounding his father, who has other plans for him, his obsession with accurately drawing every bird he sees leads him on many adventures throughout his life. Eventually, Fougère changes his name to John J. Audubon, after whom an entire society devoted to the study of birds is named—The Audubon Society of America, which still exists today. Follow along as Audubon, supported by his steadfast wife and children, transforms the world of ornithology in The Story of John J. Audubon.

This book is suggested to accompany our Birds Science unit as extra reading for students in Grades 7–8. 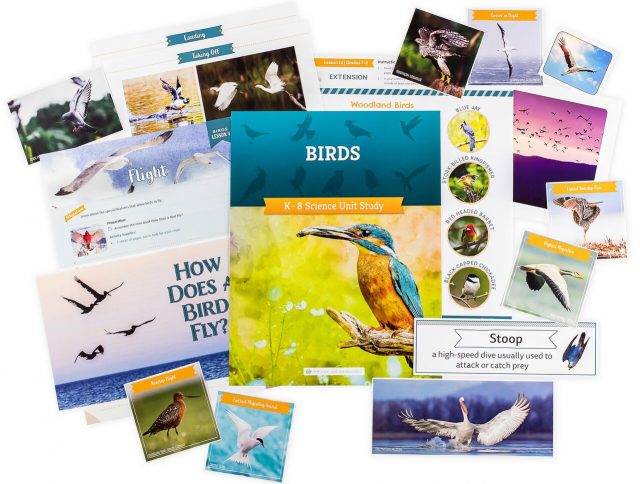 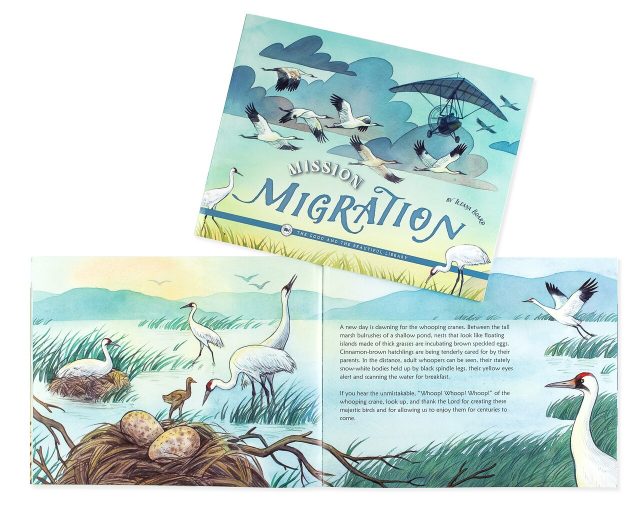 Mission Migration by Ileana Board The Good and the Beautiful Songbirds Study Book by Molly Sanchez

SNATCH! A Birds of Prey Game